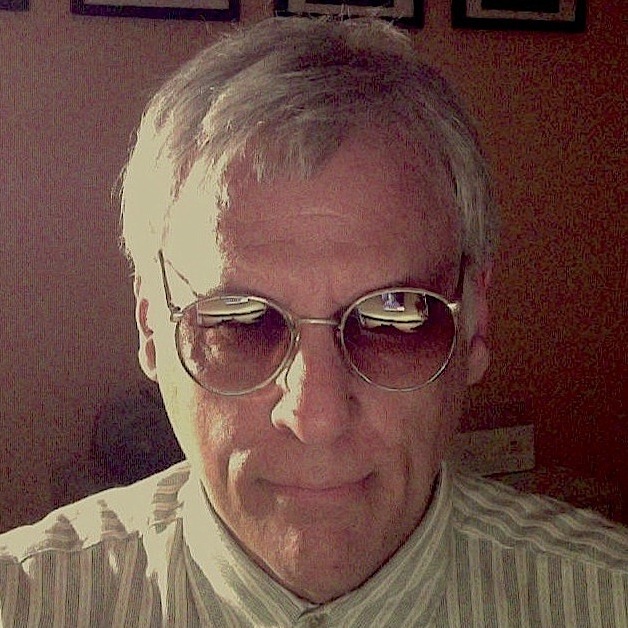 Stephen Marchesi is now a member of Halloweenartexhibit.com
Nov 4, 2013
Welcome Them!

At an early age, Stephen was creating and drawing super heroes for his own comic books. Inspired by adventure and monster movie posters of the nineteen-sixties, his love of classic illustration lead him to the works of 19th century masters, Howard Pyle and N. C. Wyeth.

A graduate of the High School of Art and Design in New York City, he drifted towards a career in advertising as an art director. Earning a BFA degree in communication design at Pratt Institute, his path turned towards illustration. Six months as an assistant a.d. in an ad agency cemented his desire to become a full time freelance illustrator. His first assignments were in the children’s book field with publishers Doubleday, William Morrow, Scribner’s, Random House and others. Stephen's paintings and drawings have appeared on over five hundred book covers for the young adult market, and he recently completed his fifty-first picture book. Countless illustrations for textbooks, magazines, posters, record and cd covers have followed.

His books have been on the Publishers Weekly and the Bank Street College Best-Of lists. His original artwork has been exhibited at the Brandywine Museum, the Stamford Museum, and the Westport Art Centers Storybook Magic exhibitions. He has also participated in the "Artist and the Baseball Card" traveling art show, which has been seen at the Baseball Hall of Fame, Syracuse University, the Norman Rockwell Museum, the International Museum of Cartoon Art and the Delaware Art Museum among others. Stephen has been a member of the Society of Children's Book Writers and Illustrators, the Croton Council on the Arts (Croton on Hudson, NY) and the Halloween Artists Guild (a guilty pleasure). He continues to work as an illustrator, mostly in the children's book field and has begun to sell his original artwork through various sources.

Have you ever wanted to hear a Xmas album done in the style of Walter/Wendy Carlos (you know, the music from Clockwork Orange, Tron and The Shining)? JACOB MARLEY’S XMAS PARTY is now available on Bandcamp, Spotify, Apple Music, Amazon and most streaming platforms! BANDCAMP/SPOTIFY https://drsnik.bandcamp.com/album/jacob-marleys-xmas-party https://open.spotify.com/album/399mgHHD5gYnmw1lkrh54D

Now through the end of November, get any Chad Savage original drawing, painting or signed/numbered art print for 25% OFF with coupon code ARTWORK2021 at ShopSinister.com – this includes all images from the recent #FrightFall2021 Drawing Challenge (pictured here)!

The post SALE! Get 25% OFF All Chad Savage Original Artwork & Art Prints Thru 11/30/21 with Coupon Code ARTWORK2021 appeared first on Cult of the Great Pumpkin.

“October Ghosts and Autumn Dreams: More Poems for Halloween” from K. A. Opperman

In this brilliant follow-up to Past the Glad and Sunlit Season, K. A. Opperman takes us to an enchanted autumnal land overflowing with candy—sometimes sweet, sometimes cursed by witches. Jack-o’-lanterns keep watch as we travel through Pumpkin Country, questing for the rich rewards that are to be found in contemplation of October’s pastoral and many-colored... Read more »

The post “October Ghosts and Autumn Dreams: More Poems for Halloween” from K. A. Opperman appeared first on Cult of the Great Pumpkin.