About the Annual Halloween Art Exhibit 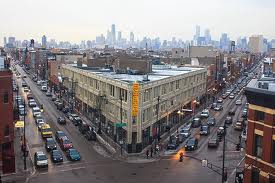 The Annual Halloween Art Exhibit had it's humble beginnings in Chicago's Flat Iron Arts building, with nothing more than a few small paintings, a bowl of candy, and a spooky record on the phonograph. As more and more Halloween fans visited the show, we realized that our dream of a full scale gallery style exhibit could be accomplished with dedication to quality and creativity.. Many of you have asked, "Why does someone present a Halloween Art Exhibit?" Does it take a desire to express fondness for all things ghoulish and spooky? Or perhaps some repressed fantasy about reclaiming those early childhood years? The answer would be "Yes", but not that simply. To elaborate, we must first understand its creator's background...

Scott Lowell Jackson (Producer/ Publisher/ Graphic Designer/ Illustrator) Started out creating logos and t-shirt designs for local print shops with a flair for the grim and ghastly. As early as 9 years old Mr. Jackson could be found in his neighborhood sporting the Dracula cape his mother made for him long after Halloween was over. Besides art & music, Creature Features, Famous Monsters magazines were major influences. Twenty plus years later, Mr. Jackson has created a multitude of covers & artwork for magazines, comics, books, games, CD's and posters. His artwork has been featured by Kiss, Pink Floyd, Megadeth, The Electric Hellfire Club and many others. Not just the club president, he's also an artist.

Chad Savage (Associate Director / Webmaster / Dark Entrepreneur) Mr. Savage was a dark artist from the moment his pudgy little hands set crayon to paper. He was the kid that loved Halloween better than Christmas, rooted for Godzilla, and really worried his Southern Baptist parents. It was clear early on that Chad wanted to celebrate Halloween 365 days a year. 3 decades later, he does. His art has appeared in numerous genre books and magazines and garnered awards from same. His fonts have appeared in every conceivable media. Chad hosts and handles over 150 genre-related websites. He has, over the years, designed well over 200.For Chad, Halloween is literally every day.


Want to get involved? Volunteers are always welcome to join the cause! E-mail us at halloweenartexhibit@gmail.com to find out more.

Chad Savage has 3 new SPOOKY designs just in time for the Autumn Solstice! I LIKE IT SPOOKY Version 2 One of the first designs Chad Savage ever created and had printed as t-shirts himself, in the ensuing 10 years since its creation it has been stolen and slapped on pirated products all over the... Read more »

The post Kicking Off Spooky Season with Spooky Shirts! appeared first on Cult of the Great Pumpkin.

Have you ever wanted to hear a Xmas album done in the style of Walter/Wendy Carlos (you know, the music from Clockwork Orange, Tron and The Shining)? JACOB MARLEY’S XMAS PARTY is now available on Bandcamp, Spotify, Apple Music, Amazon and most streaming platforms! BANDCAMP/SPOTIFY https://drsnik.bandcamp.com/album/jacob-marleys-xmas-party https://open.spotify.com/album/399mgHHD5gYnmw1lkrh54D

Now through the end of November, get any Chad Savage original drawing, painting or signed/numbered art print for 25% OFF with coupon code ARTWORK2021 at ShopSinister.com – this includes all images from the recent #FrightFall2021 Drawing Challenge (pictured here)!

The post SALE! Get 25% OFF All Chad Savage Original Artwork & Art Prints Thru 11/30/21 with Coupon Code ARTWORK2021 appeared first on Cult of the Great Pumpkin.